Founded in 1736 by French governor Mahé de Labourdonnais, Port Louis has since evolved into the bustling capital of Mauritius, and the administrative, cultural, and financial hub of the entire country. The city is home to around 170,000 permanent residents, making it the largest town or city in Mauritius. As you might expect, this means that Port Louis feels rather busy during the day, with hundreds of cars, mopeds, and pedestrians moving through the streets and alleys of the capital. Peddlers line the streets, offering their wares to tourists, who come to the city to explore its sights and sounds, and to get closer to the Mauritian way of life. 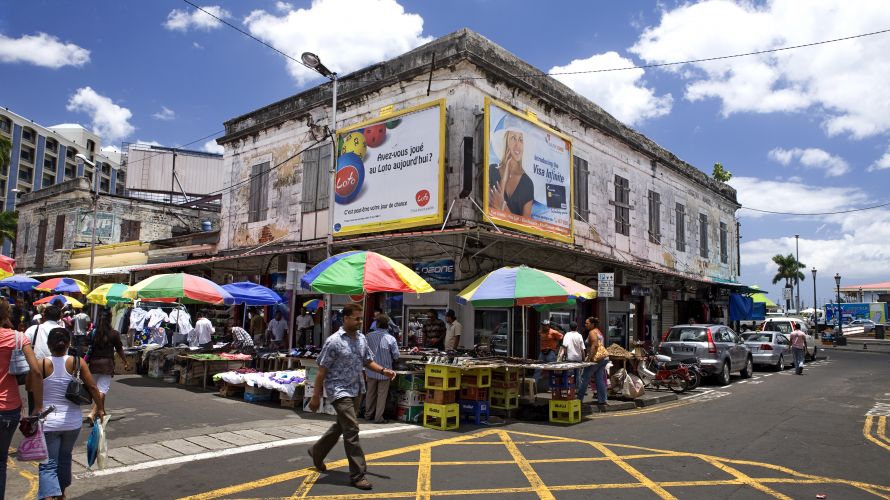 A street in Port Louis

As its name would suggest, Port Louis is also a harbour city, which these days welcomes thousands of vessels each and every year. Historically, the harbour made Mauritius a valuable tactical asset to both the French and the British, especially in the years before the Suez Canal was built. The city’s importance as an Indian Ocean port also contributes to its modern status as Mauritius’ most important city, and the modern economic hub of the country, with many offices and shops having been built in recent years to accompany the harbour and to confirm Port Louis’ status as an important financial city for the region. 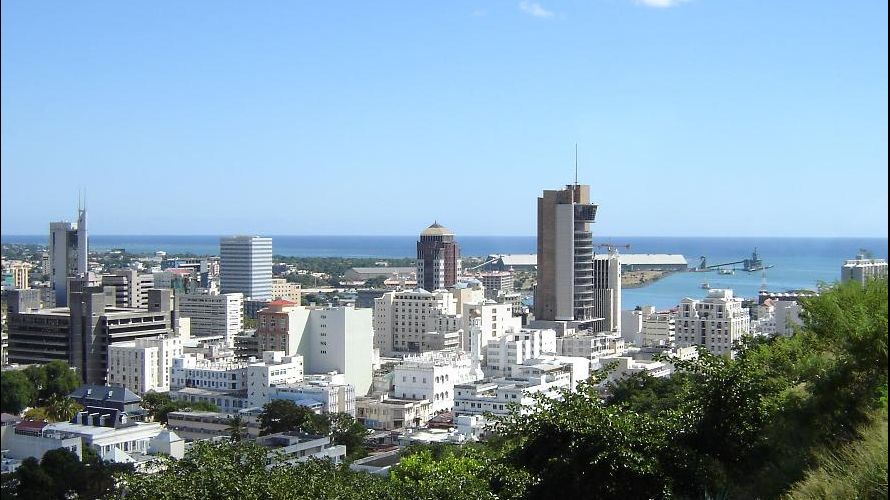 While it is not typical for tourists to stay in the city itself, largely due to the lack of a real beach there, it offers some of the most unique and memorable sights in Mauritius, giving a real insight into the colonial past of the country. It also has some of the best infrastructure in the country when it comes to shops, restaurants, bars, and cafés. 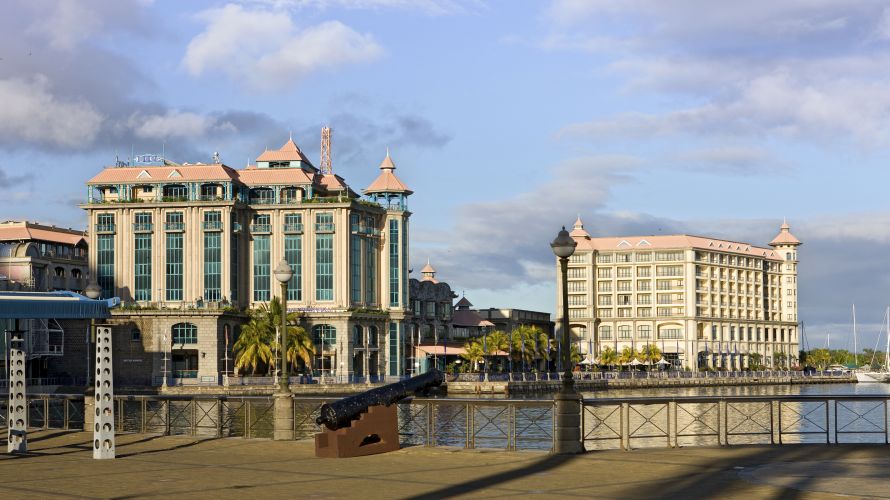 Walking around Mauritius, you will likely notice that the population is a real melting pot of Creole, Chines, and especially Indian ethnicities. This can be traced back to the colonial past. Following the abolition of slavery in the mid 1800s, Mauritius, which was a British colony at the time, found itself short of workers for perhaps the first time in its history. To counteract the situation, workers were contracted from India. Naturally, mass immigration required a transit centre for the new arrivals, and so an immigration depot was constructed to process the new workforce. This immigration depot was Aapravasi Ghat.

These days, only a few buildings of the now UNESCO World Heritage Site remain standing, but a visit to the site is still recommended, and is thankfully free. Once there, you can take a tour of the camp, providing you with insight into the history of Mauritius and its immigrant past. These days, more than 60% of the Mauritius population has Indian ancestry, and much of this can be linked back to Aapravasi Ghat.

Aapravasi Ghat is located in the centre of Port Louis, close to the harbour, the postal museum, and the central market.

After the British took over Mauritius from France at the start of the 19th Century, there was a great deal of upheaval on the island. According to the Mauritius Turf Club themselves, the British decided that horse racing would be a good idea in order to try to bring the various communities together, and thus the Champ de Mars Racecourse was born. 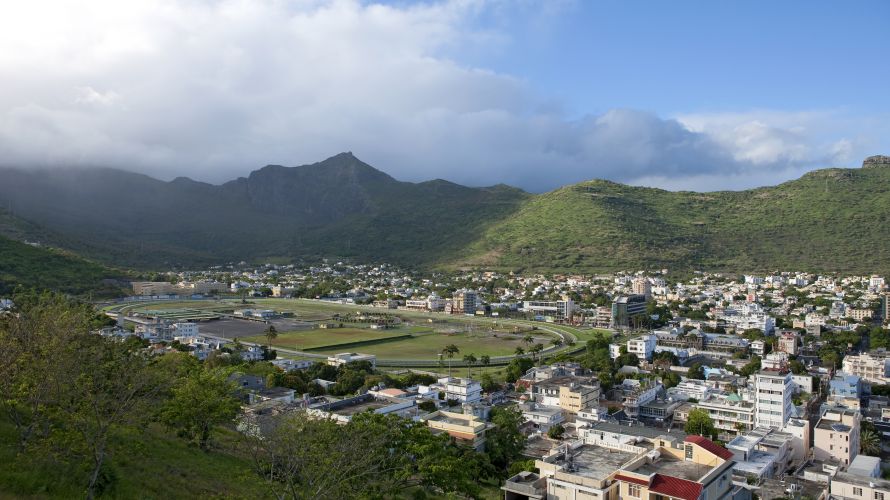 Constructed in 1812, the Champ de Mars is the oldest racecourse in the southern hemisphere, and second-oldest in the world after Ascot in the United Kingdom. Race days are a real spectacle, with up to 40,000 locals and tourists coming to watch the event at the heart of Port Louis, especially when it comes to the classic races. The weekly meetings generally draw smaller crowds; nonetheless, anyone looking for a unique activity during their tropical-island holiday will find the Champ de Mars to be a nice alternative to the beaches and watersports elsewhere on the island.

This is famous for being the home of the Blue Penny and Red Penny stamps, which are some of the rarest and most valuable in the whole world. The stamps were issued by Mauritius in 1847, while still a British colony. There are also copies of the stamps on show in London, as well as at the Postal Museum, also in Mauritius. The last transaction involving the stamps occurred in 1993, and they are now thought to be worth millions.

The Blue Penny Museum also displays various historical and artistic exhibitions related to Mauritius. It is located in the Caudan Waterfront area of Port Louis.

This varied complex near the harbour represents a more modern side to tourism in Mauritius, as well as a useful commodity for the locals. Full of shops, entertainment options, restaurants, bars, a casino, and a business centre, there are numerous reasons to visit the area. There are also a few hotels for those who wish to stay at the heart of the capital’s modern side, but besides that accommodation options are limited.

The Caudan Waterfront complex is home to bars, shops, and restaurants

While perhaps more famous for its Indian population, Mauritius is also home to a sizeable number of Chinese people. This influence led to the creation of a small Chinatown in the capital, which these days is in desperate need of renovation - a fact that thankfully doesn’t detract from the bustling charm of the location. Visitors can be sure of finding various goods to buy, as well as delicious Chinese restaurants to enjoy.

One of the best examples of Mauritian culture is the Marché Central in Port Louis. Most of the stalls here sell food of various sorts, but you can also buy different trinkets and souvenirs, along with clothes, leather, art, and much more besides. 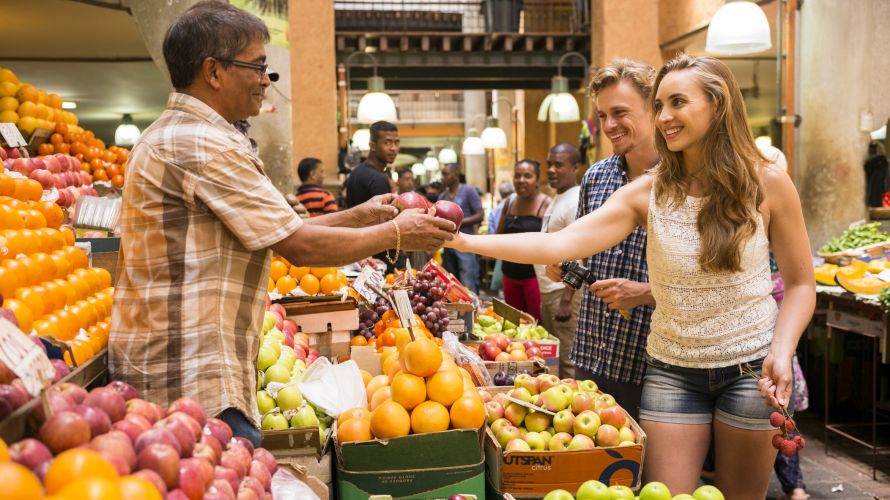 The market is one of the busiest spots in Mauritius, with up to 40,000 visitors each day, consisting of both locals and tourists. The market can be found at the heart of the city, near to the harbour and Aapravasi Ghat.

Port Louis is perhaps the best example of Mauritius’ multicultural and multiethnic population, as evidenced by the diversity of the buildings that line its streets. Mosques, pagodas, and churches all share space in the capital, and many of these buildings are worth a visit, although access may be restricted to some religious buildings depending on your faith. 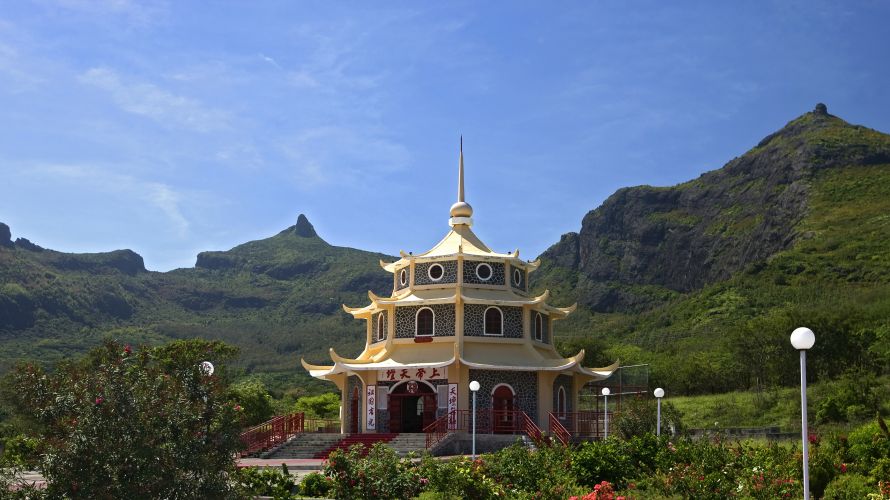 A traditional pagoda building on Mauritius

Besides that, the capital offers a selection of restaurants, shops, and cafés for you to enjoy, alongside a casino, cinemas (films are shown in French and sometimes English), and Mauritius’ tourist office. Finally, Fort Adelaide, located up on the hill, is also worth a visit for its spectacular views of the city.