Chapters: What to do 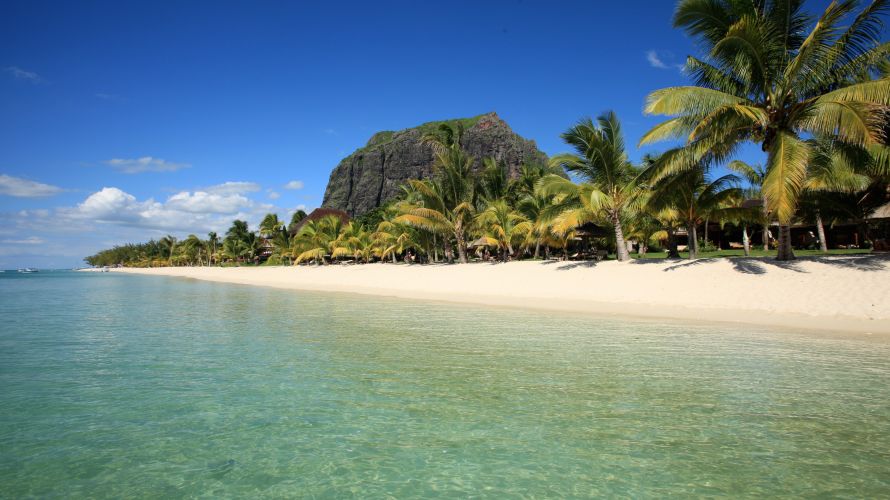 This 556 meters high mountain is also fondly called as the table mountain of Mauritius and is regarded as a symbol for freeing the slaves. Its surface ranges from the sea to the interior of the island and Morne Brabant is also listed on the UNESCO World Heritage List since 2008. Hiking on and around the mountain are especially interesting to tourists. It’s open to the public since 2016 and there’s a great view over the whole island looking from the top. Waters in front of Table Mountain are very popular amongst the surfers due to very good waves. 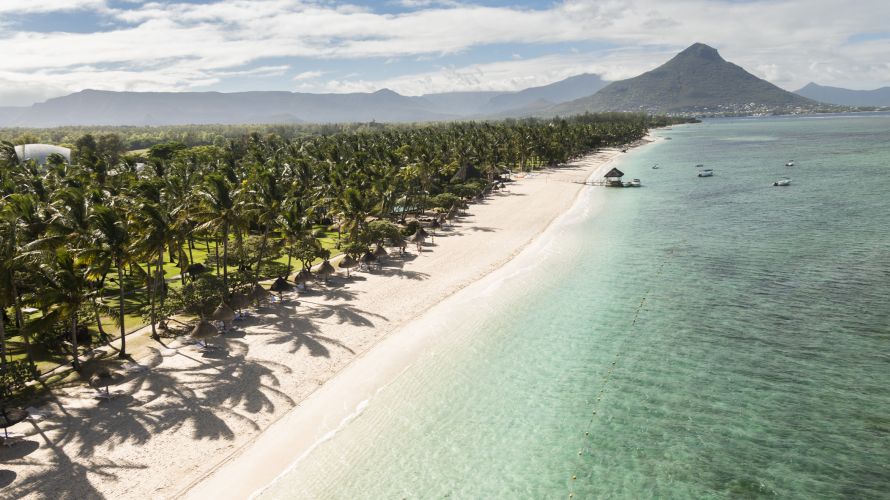 Flic en Flac is an impressive and also the longest beach in Mauritius. It stretches across the western side of the island with its 6 kilometers of white sand, and is one of the most suitable for swimming, bathing and snorkeling. Even the eponymous town is no longer a sleepy fishing village. You can see hotels, restaurants, bars and nightspots lining up all alongside the beach. If you want, you can party in this popular resort until the early hours of the morning or sit on the beach and sip cocktails. 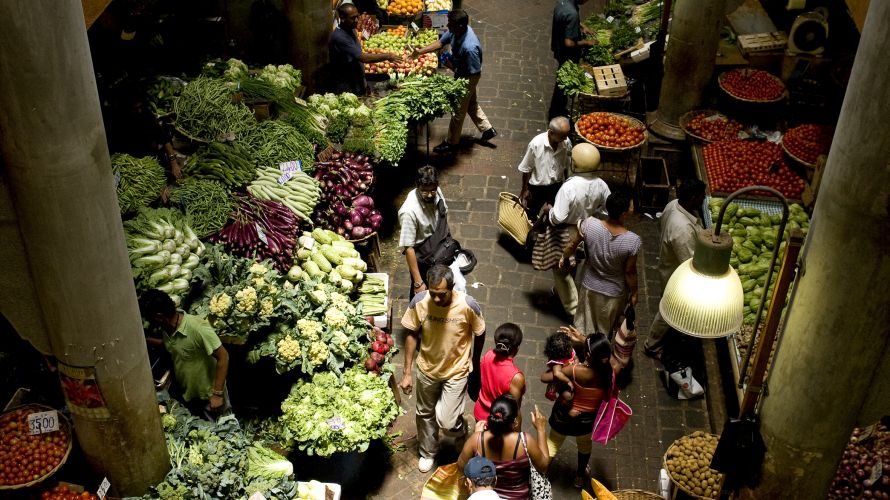 Central marketplace in the capital Port Louis is an explosion of colors and smells and absolutely must be seen by all Mauritius visitors. You will also find here one or the other extraordinary souvenirs in addition to local food and spices. Meat stalls are a spectacle for tourists - chickens on the hook and bloody mutton heads are typical for the country, but a visitor needs to get used to that. A real insider tip is the herb stand of Mootoosamy. Over 60 different herbs can be bought here, all of which have a healing effect, according to the owner. 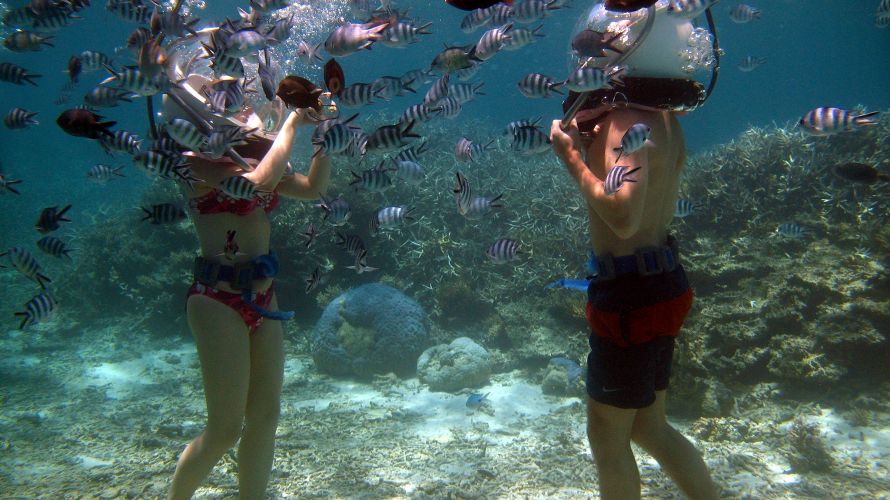 The Party beach of Mauritius offers a fully developed tourist infrastructure. Here you can see clubs, bars, souvenir shops and activity providers lining up and making sure that the tourists in the region don’t miss out on anything. Underwater walks are particularly popular, discovering the beautiful coral reefs and exotic fish species of the paradisiacal underwater world of Mauritius along the way. Boat trips depart several times a day from Grand Baie and take you to a platform in the sea, where you can begin your underwater sea walks. 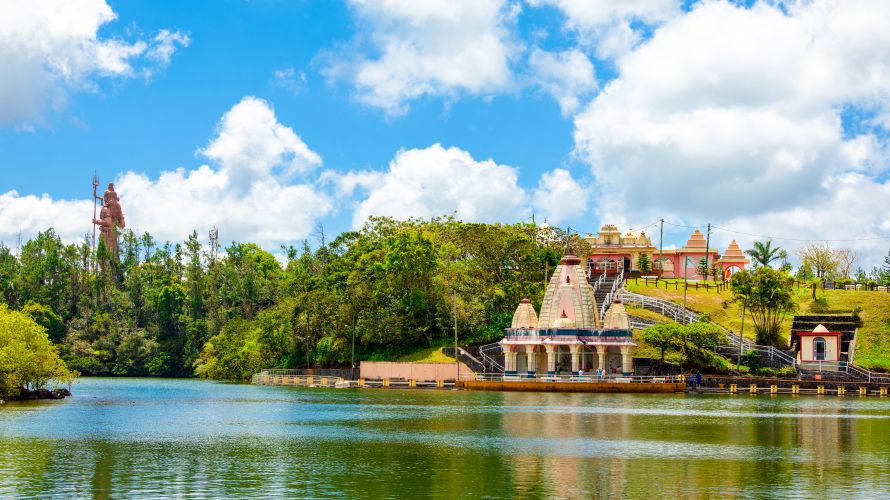 The mighty Grand Bassin crater lake can be found at 550 meters above sea level, which Hindus also call Ganga Talao, and this is the most important and sacred Hindu pilgrimage site in Mauritius. Several colorful statues of Hindu gods and many small colorful temples can be found on the shores of the lake. 33 meter high Shiva statue at the entrance really catches the eye. It was built in 2007 and is currently the tallest statue in Mauritius. 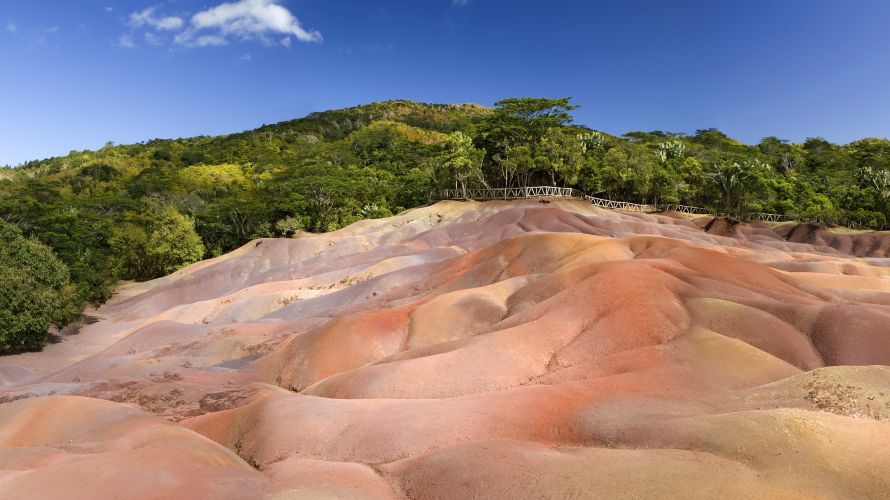 Chamarel colors are a real natural spectacle and a sight that you shouldn’t avoid as a Mauritius visitor. Multi-colored hilly landscape was created by centuries of downpours washing away all the water-soluble components of the earth - leaving behind various iron and aluminum oxides that produce different color shades of red, yellow and violet. 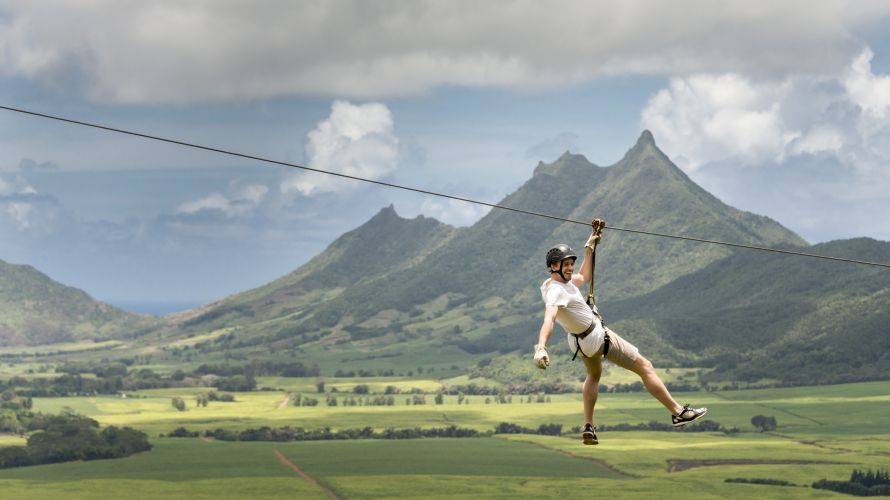 Popular ziplining (ropeway slides) is an adventure destination one should not miss while visiting Mauritius. Tourists have the opportunity to float on the cable cars over the treetops of the jungle in the mountains of Chazal or in the Domaine de l'Etoile nature park. You can complete several stages of up to 750 meters in length in various parks. These lead over river and mountain landscapes and guarantee an action-packed adventure for the whole family. 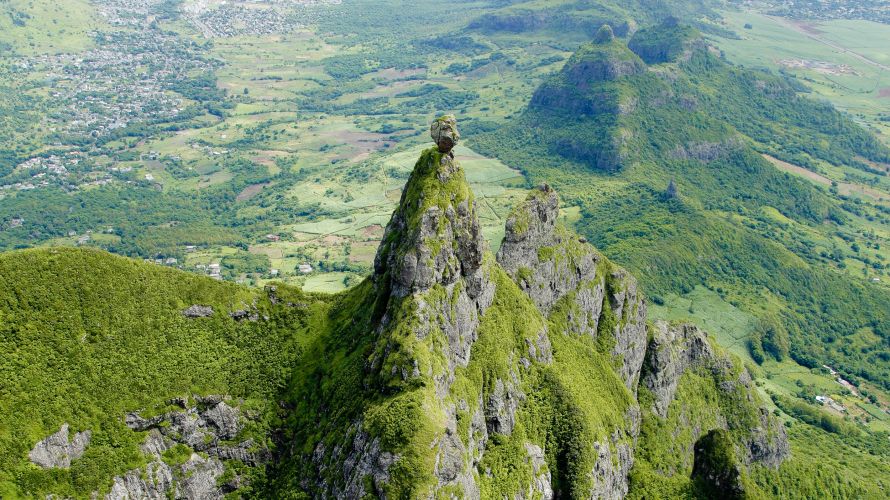 There are many myths and adventurous stories going around the second highest mountain of Mauritius, on the western side of which Port Louis - because there is a spherical stone balancing on its 820 meter high peak. Its imaginative shape make it the national symbol of the island, but also the breathtaking nature around it. It is especially popular to hikers and tours. 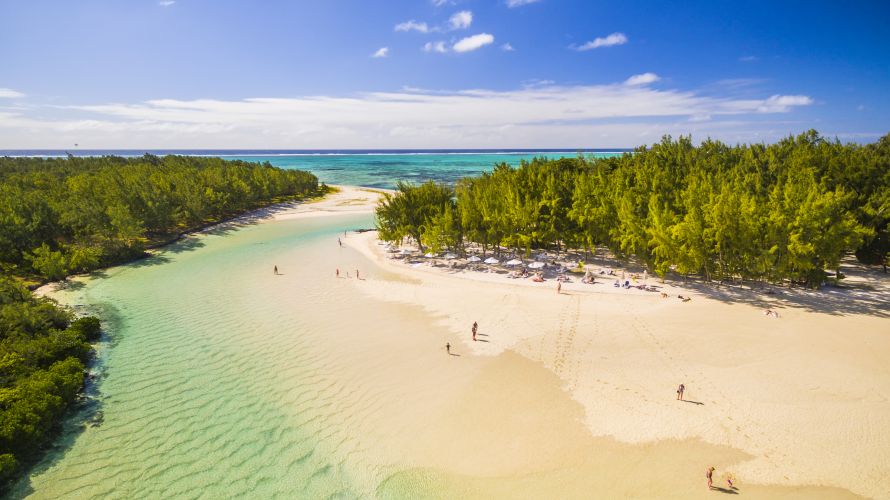 Fantastic white beaches and turquoise blue sea - the Ile aux Cerf is a small paradisiacal island off Mauritius. Nearly 1000 day tourists reach the island daily and with a reason. Ferry ride through the catamaran lagoon takes just 20 minutes past beautiful, lush mangrove forests. There is also an 18-hole golf course on the island, which invites to extensive and exclusive games. 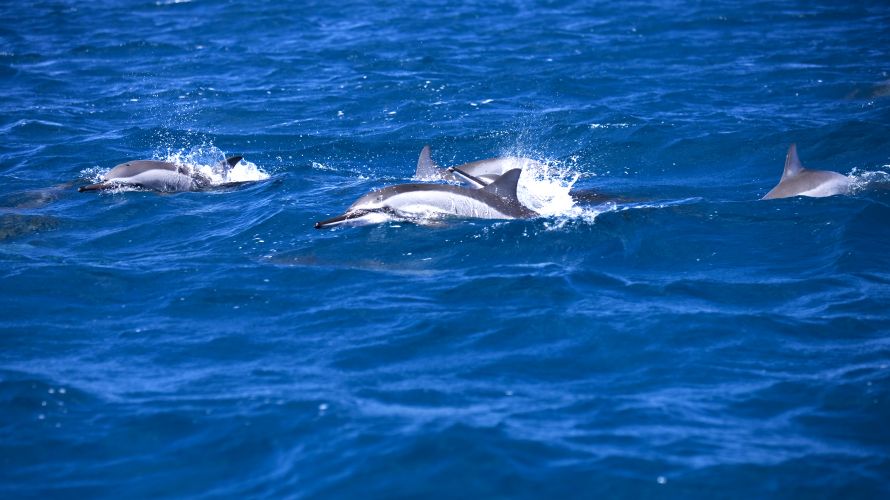 Breathtaking underwater world lies in front of Mauritius coast. There are dolphins, pots and even rare beaked whales, which can be seen on tours if there is some luck. For this purpose, daily, from almost all tourist beaches, boats go off into the open sea and drive to the watching spots. You should, however, keep your eyes open when buying tickets and cheap tours, and rather avoid non-certified providers. Because most of these providers travel into the protected habitat of the animals so that the unsuspecting tourists can swim with the dolphins. 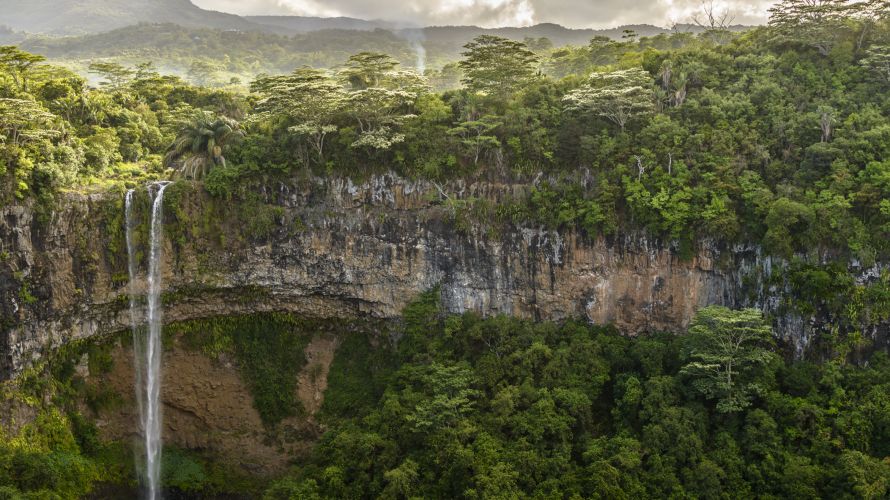 Chamarel waterfalls are probably among the most beautiful in the world. They plunge 100 meters into a deep gorge, spray and mist swirling down in the basin – an awesome sight. The gorge is lush green and the plateau around the rivers St. Denis and Viande Salée, which flow into the waterfalls, form a quaint rainforest. From various viewing platforms you have a breathtaking view of the natural spectacle. 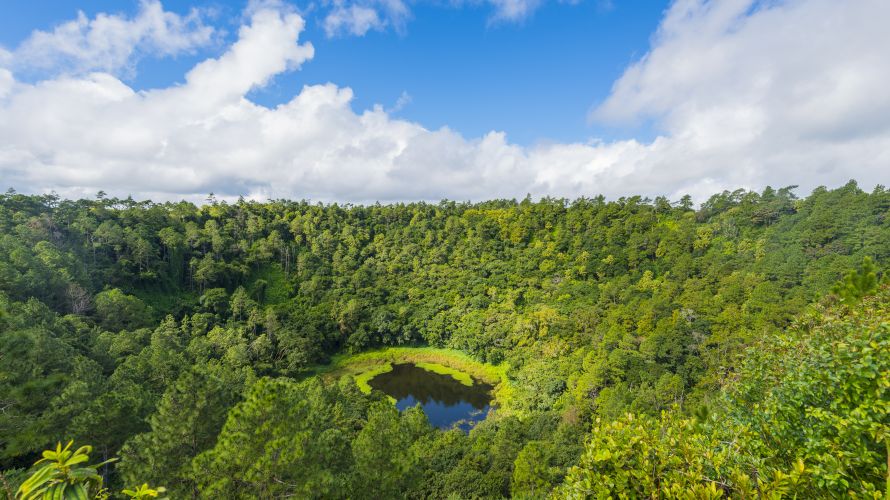 There’s a hole, 80 meter deep, in the middle of the long extinct volcano crater Trou aux Cerfs, which forms a small idyllic lake filling with water over the years. All around, there is a green rainforest-like nature park that attracts many tourists every year. You have a fantastic panoramic view of Mauritius from the crater and the surrounding island in the Indian Ocean. The paved road in the park is well suited for long walks around the volcano. 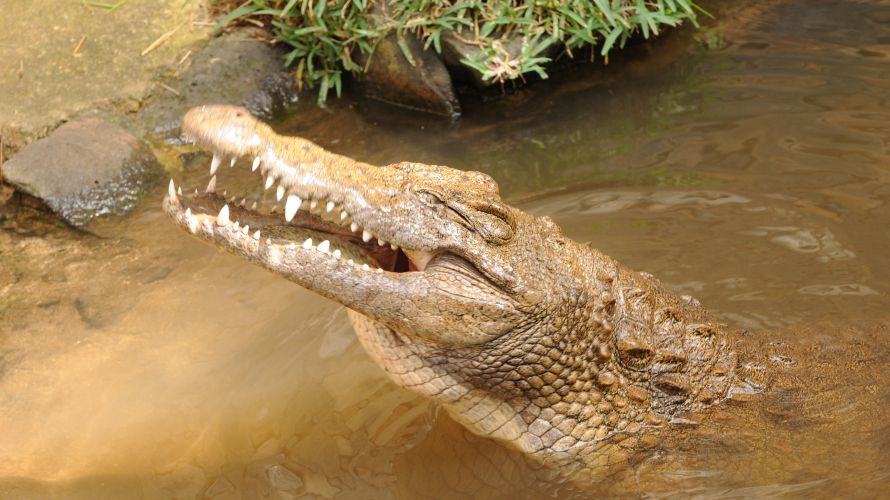 Founded in 1985, this park is home to crocodiles, giant tortoises, macaques, chameleons, monkeys and colorful butterflies. This is also the world's largest kennel for Aldabra giant tortoises. Almost 100 years old specimen Domino lives here. The Nile crocodile feeding in the park is an absolute jaw-dropper for many.You shouldn’t miss the La Vanille Nature Park, especially if you want to visit Mauritius with children! 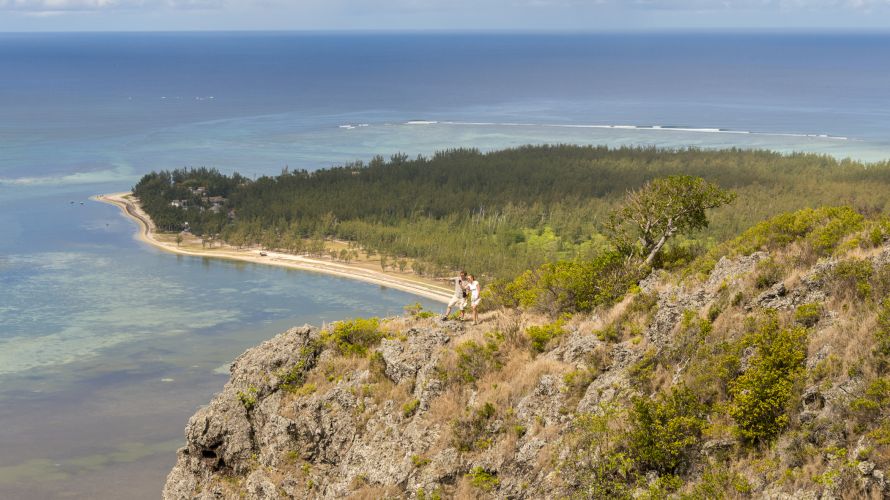 Hiking in Mauritius is a real treat for all nature fans, whether it's beach walking to idyllic locations such as the Weeping Rock 'La Roche Qui Pleure', hiking along the Malenga Steps along the Scenic Route, climbing the peak of Le Pouce or multi-day tours of the Black River Gorges National Park -. mountainous volcanic landscape of the island is also ideal for long hiking to waterfalls such as the Rochester Falls, Hesketh Bell Waterfall and the famous Seven Tamarin Falls.

This is a Mini Museum where the world is upside down, and it is a real attraction, especially for families that are visiting Mauritius with children. You can experience bizarre illusions in the gallery, such as a mirror labyrinth, rooms where the ceiling has been turned into a floor, giving the appearance of going headfirst, and many more fun illusions. The garden of the Curious Corner is anything but normal. For example, you can sit on a huge chair and feel like Alice in Wonderland. 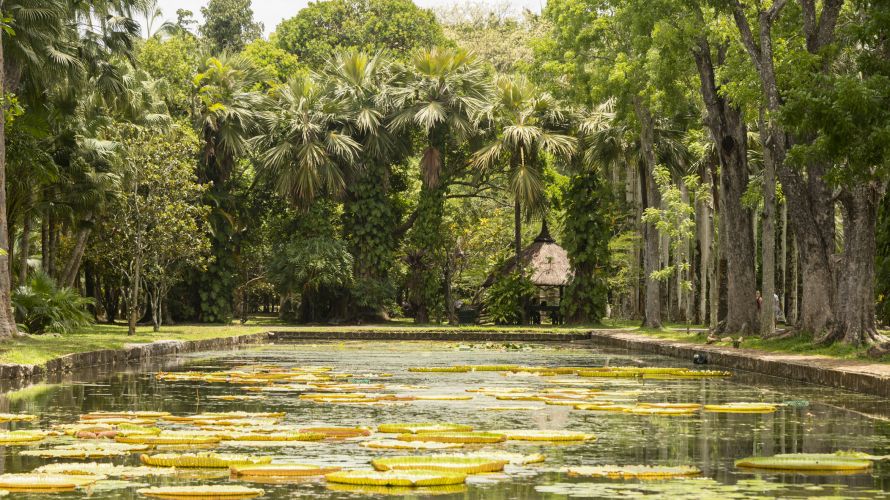 Botanical Garden is one of the oldest gardens in the southern hemisphere of Eden and everyone interested in plants should not miss this. Orchids grow from all over the world on this 3 square kilometer area, Talipot palm trees provide the visitors with shade and huge baobab trees sprout along the paths. Giant tortoises can also be found here as well as exotic bird species. Magnificent water lilies thrive on the park's ponds. There is also a large, tropical spice garden. 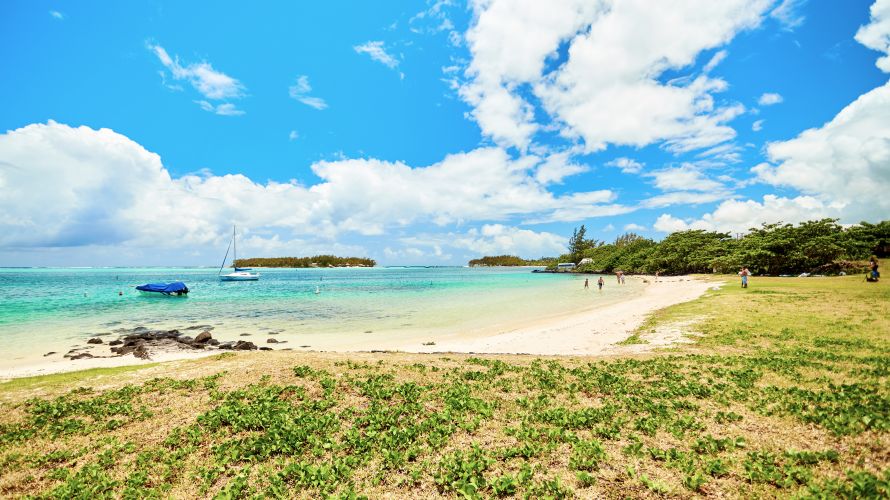 Blue, bluer, blue bay - the bay lives up to its name. Water shines here in all shades of blue and captivates visitors. Fine, white sandy beach is actually not the highlight here - but the underwater world with many corals, fish and other marine animals. The area around the bay is at 22 kilometers the largest lagoon of Mauritius and very close by is the 4 square kilometer Marine Park, which is a nature reserve since 1997 and is especially popular for its snorkeling and diving trips. 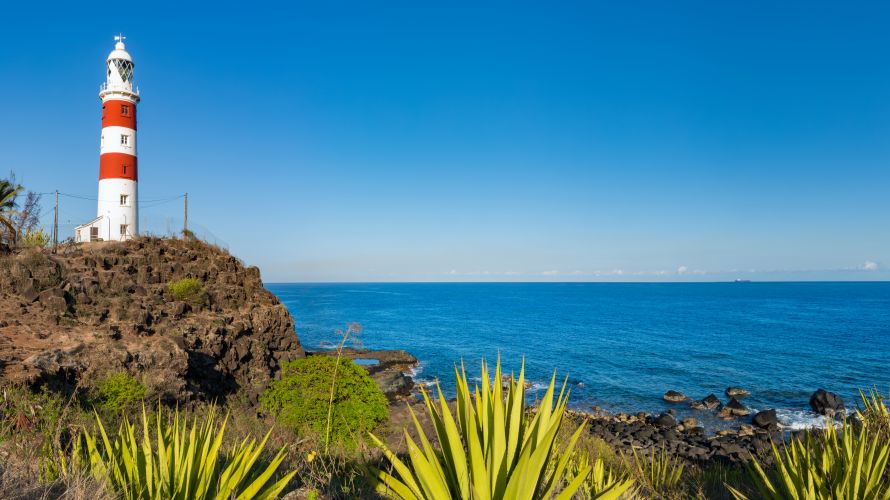 Albions idyllic fishing village is definitely worth a visit. Here you can also marvel at the only white-red lighthouse in Mauritius. Even more impressive than the 100-year-old tower itself, but is the view of the cliffs from the site of the lighthouse. With a bit of luck or prior registration, you can even enter the lighthouse and see even further view of the north coast and the sea looking from the top. 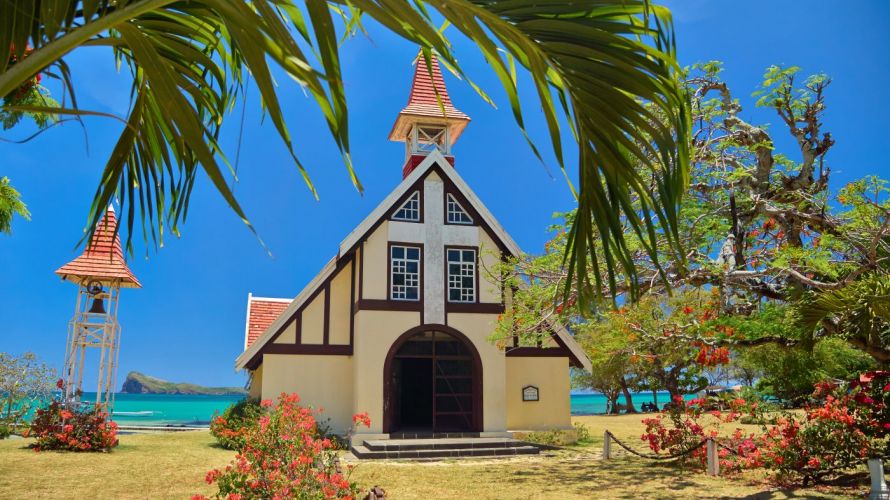 Famous Chapel of Cap Malheureux is a popular place for lovers and honeymooners due to its sparkling red roof. Every year, hundreds of couples fulfill their tropical wedding dream by the sea in this small Catholic church. 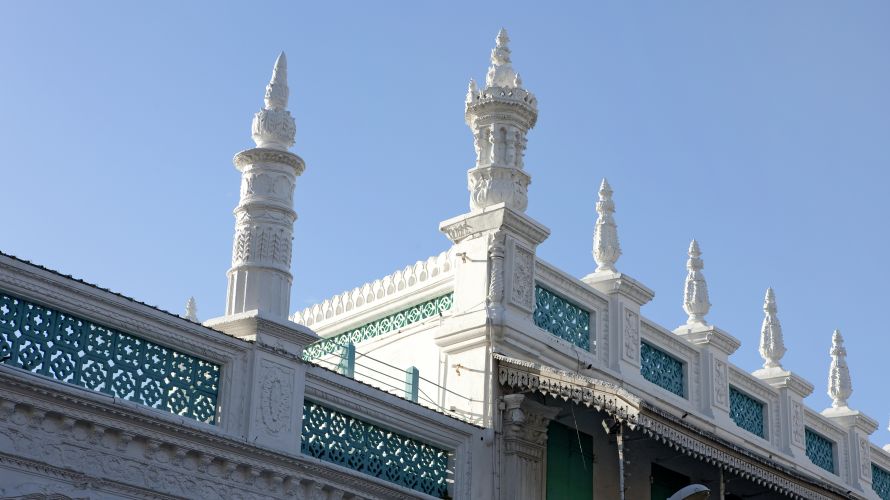 There is a beautiful, historic mosque in the middle of Port Louis, which combines several stylistic elements in its construction. On the one hand, it is characterized by typical oriental ornaments, on the other hand, the minaret is based on columns in colonial style. Almost exclusively Muslims live today in the district surrounding the mosque in Plaine Verte. It is also worthwhile to try out the area culinary - fast food offers oriental delicacies at low prices for tourists.